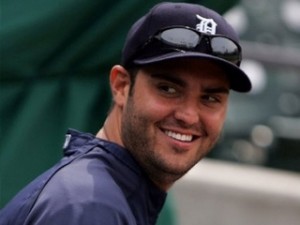 Ask any parent, coach or league organizer about why youth soccer is good for the kids and the community and they will invariably cite that it builds character, a strong sense of personal responsibility, leadership and teamwork. Then go to a game and what you most likely will see is a pack of babies, arguing over a referee’s call. And that’s just from the parent’s touchline.

Before you start hating on me, I’ve been there as well. I’d like to think that most of the time I exhibited behavior I would like my two kids to display. But I can remember some times where I displayed less than perfect sportsmanship. Whatever you think going forward, let’s at least be honest with ourselves.

When the kids are young, it is easy to say things like, “The score doesn’t matter” and “It’s not whether you win or lose, but how you played the game.” And as they get older, this gets lost somewhere along the line and the only things that really matters are who won and who scored. If a team lost, it wasn’t that they were outplayed, but that the referee blew the call.

And sometimes it happens. It probably happens a lot, but the human element is all part of the game. Soccer, baseball, football, etc are all human sports participated in by human beings for human beings. When they step on the field, each player, referee, umpire accepts that each may make a mistake. If we require perfect, we would all be playing video games instead where the referees/umpires have pixel-perfect vision.

Some fans say, “It’s just a game” whereas others will say “It’s a business” as if being a business somehow makes the element of human error inexcusable. They argue on that we need instant replay to overrule the referee/umpire to set the record straight and tell what really happened. The player was robbed and that isn’t fair, they argue.

Life isn’t fair. Sometimes people make mistakes. Sometimes, those mistakes cost people money or recognition. But isn’t teaching kids how to deal with frustration with grace and dignity part of why we all promote sport?

Instant reply can tell whether someone called the play correctly, but it can’t see right or wrong. It can’t judge sportsmanship or grace under pressure. It can’t recall an infantile temper-tantrum over a play that was called incorrectly. It can’t establish character and human dignity. It can only prove somebody right and someone else wrong.

Instead of lamenting the lack of instant reply in soccer, Armando Galarraga gave every coach and every parent a greater tool than the high-speed camera ever could to judge whether a play was good or bad. Quite simply ask, “what would Armando do?”

And then do that.

One thought on “What would Armando do?”