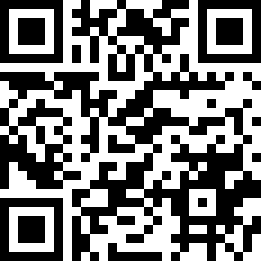 “QR codes are basically speed-dial for smart phones,” says Gerard McLean, President of TourneyCentral. “Soccer fans just need to point and click on the code with a web-enabled smart phone to load the mobile site. Once loaded, they can look up scores, DEALS and the latest tournament news.”

The first soccer tournament to be outfitted with a QR code is the CUSA Cup in Centerville, Ohio over Labor Day weekend, September 3-5, 2011. The website is at http://www.cusacup.com The QR code is displayed on the sidebar of every page on the website. The CUSA Cup tournament is also printing the QR code on the cover of their program as well as displaying at on the scoring boards at each of their four sites.

“We’re excited about leading the technology for soccer tournaments,” says Dan Monahan, tournament director for the CUSA Cup, “… especially the tools that allow our families to be more mobile and access the tournament information quickly where they are. Being mobile helps us deliver a larger audience of ready customers to the advertisers and sponsors who support our soccer tournament.”

In addition to the QR codes to support the mobile strategy, the CUSA Cup has also established a twitter account and Facebook page. Both can be found on their website immediately above the QR code on the left sidebar. TourneyCentral has supported social media for the past year and actively advises soccer tournament directors on how to integrate the platforms for their soccer tournament.

All soccer tournaments in the TourneyCentral family will be outfited with their own QR code within the next month. 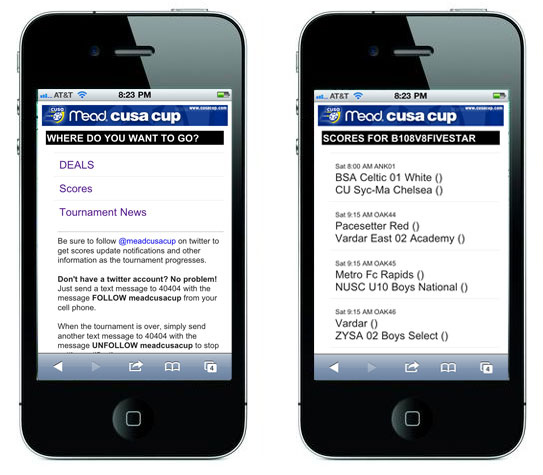 ABOUT TOURNEYCENTRAL
TourneyCentral is the only fully integrated, event-focused online solution for youth soccer tournaments. Since 1999, TourneyCentral has been producing web sites that provide youth soccer tournaments with end-to-end integrated experience management for guest teams, from marketing through scoring. In addition, advertising tools provide tournaments with an increased opportunity for advertising and sponsorship revenue as a result of significantly increased traffic to the web site. For more information, visit www.tourneycentral.com.

TourneyCentral is owned by Rivershark Inc., based in Ohio. Companion and marketing partner properties consist of The Touchline, a blog and iTunes podcast for tournament directors, MyTournamentSpace, a photo-sharing site linked directly into the tournament game schedule and www.ticoscore.com, a single-source database and ranking system for soccer tournaments.

TourneyCentral will be attending the NSCAA Conference in Kansas City, MO in January 2011.