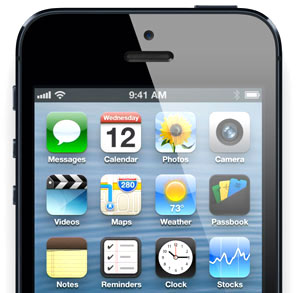 Smartphones are now 53% of the cell phone market. Right now, 87% of all cell phones sold are smartphones. Within the next year, flip phones will be all but obsolete.

Apps and mini-web browsers with 4G or LTE are the de-facto standard of internet access at soccer fields. It is rare that at least half the touchline doesn’t have access to your tournament web site in real time.

And that means scores and standings in real time.

It used to to mean that for teams to get real-time access to scores, you would need to push them out via SMS. For that, you would need to set up an elaborate sign-up system, somehow verify the cell phone number (or not) and send out scores as they were updated. In short, the teams relied on push rather than pull to get the scores.

Not any more. Now, with smartphones equipped with web browsers, social media apps and web-apps, fans can get their own scores and standings anytime without waiting for tournaments to push them out.

Our Advice: Don’t set up an SMS service. Flip phones are the past. By the end of the holiday shopping season, anyone holding out on a smartphone for a good deal will find one, tilting the smartphone into the 70%+ market.

1. QR Code: Each site is equipped with a QR Code that smartphone users can scan with an app for DEALS, Scores and News. Even if the user does not have a scan app, they can just click on the QR Code to go right to the web-app page.

3. Facebook: You can also post the scores updates to your Facebook page where friends will be then able to get updates if they friend/like you and have updates turned on in their notifications.

The good thing about using social media to manage your scores push is the user is controlling how they get scores notifications without you spending time (or money) managing SMS lists, whether they be automated or not. Many apps — like twitter and facebook — allow the user to control how they get notified, either through native alerts, SMS or email. And don’t worry about educating them on the app. If they get a smartphone and discover they can get notifications from you, they’ll figure it out quickly.

As the mobile market matures, you can bet TourneyCentral will be there, adding features to your web-app as needed, far ahead of the next trend.